Nonprofit organisations ShelterBox and Airlink have partnered together to rush two shipments of humanitarian aid to families in Haiti impacted by the recent 7.2 magnitude earthquake. The shipments will total 71 tons in weight and the cargo was moved over two chartered flights utilising A300-600F aircraft.

The logistical challenges for organising and transporting aid to Haiti since August’s earthquake have been considerable. There were significant access constraints and a fragile security situation which added an extra layer of complexity to the response efforts, in the context of the COVID-19 Pandemic. While only being some 800 miles off the coast of Florida (United States), the long shipping times by sea and global shipping container shortages have made this option incompatible with live-saving humanitarian aid. Movements of aid by sea have also been hampered by worries over insecurity at Haiti’s seaports.

Rachel Hall, Logistics Co-Lead at ShelterBox said, “Working with Airlink has been fantastic. They were able to source the best possible transport solution, ensuring that vital aid items were moved in as few uplifts as possible, in the fastest possible timeframe. Airlink also made a generous donation towards the transportation costs from their Disaster Response Fund, allowing us to support more families in need of assistance.”

“We are delighted to be in partnership with ShelterBox to charter this movement of vital aid,” said Steve J. Smith, President and CEO of Airlink. “Coordinating the airlift of this cargo has been a challenging feat. The sheer weight and size of the shipment has been a factor, but so too has a shortage of available aircraft operating into the market. But I’m thrilled to say we met the challenge.”

The most recent estimates of the impact of the earthquake by local United Nations teams are that over 800,000 people have been affected, with 650,000 in need of emergency humanitarian assistance. The Haitian Civil Protection General Directorate estimates over 137,000 homes have been damaged or destroyed. UNICEF has warned of a potential resurgence in water-borne diseases in southwestern Haiti, where more than half a million children who lack access to shelter, drinking water and hygiene facilities are exposed to the growing risk of acute respiratory infections, diarrheal diseases, malaria and even cholera.

About Airlink: Airlink (www.airlinkflight.org) is a nonprofit organisation providing free and heavily subsidised flights and air transport for pre-screened nonprofits to deliver disaster responders and supplies in the wake of humanitarian crises worldwide. Its network includes more than 130 aid organisations and 47 commercial and charter airlines. Its first mission was in response to the Haiti earthquake. Since its inception in 2010, Airlink’s airline partners have flown nearly 8,000 relief workers and transported more than 4,000,000 pounds of humanitarian cargo, saving nonprofits over $14 million in air transport costs. In 2020 the humanitarian aid Airlink moved assisted 5.5 million people in the aftermath of natural and man-made disasters. For more information, please visit www.airlinkflight.org.

About ShelterBox: ShelterBox is a disaster relief organisation providing emergency shelter to communities after disaster. The charity helps vulnerable people who have lost their homes to extreme weather events like hurricanes, floods and draught; seismic events like volcanos and earthquakes; as well as protracted crises including conflict. ShelterBox has worked in Syria for 10 years, respond frequently in the Philippines, and are currently working in places including Haiti, Cameroon and Burkina Faso. When it comes to the climate crisis, ShelterBox is on the front line, supporting those bearing the brunt of extreme weather – working with communities who often have the least resilience and resources to withstand the changing conditions. https://www.shelterbox.org 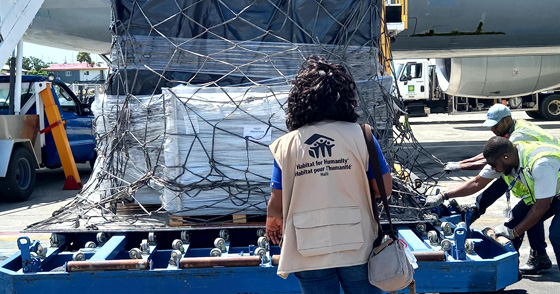 ShelterBox and Habitat for Humanity have started distributing emergency shelter aid to communities who lost homes in the 7.2 magnitude earthquake that recently devasted southwestern Haiti. 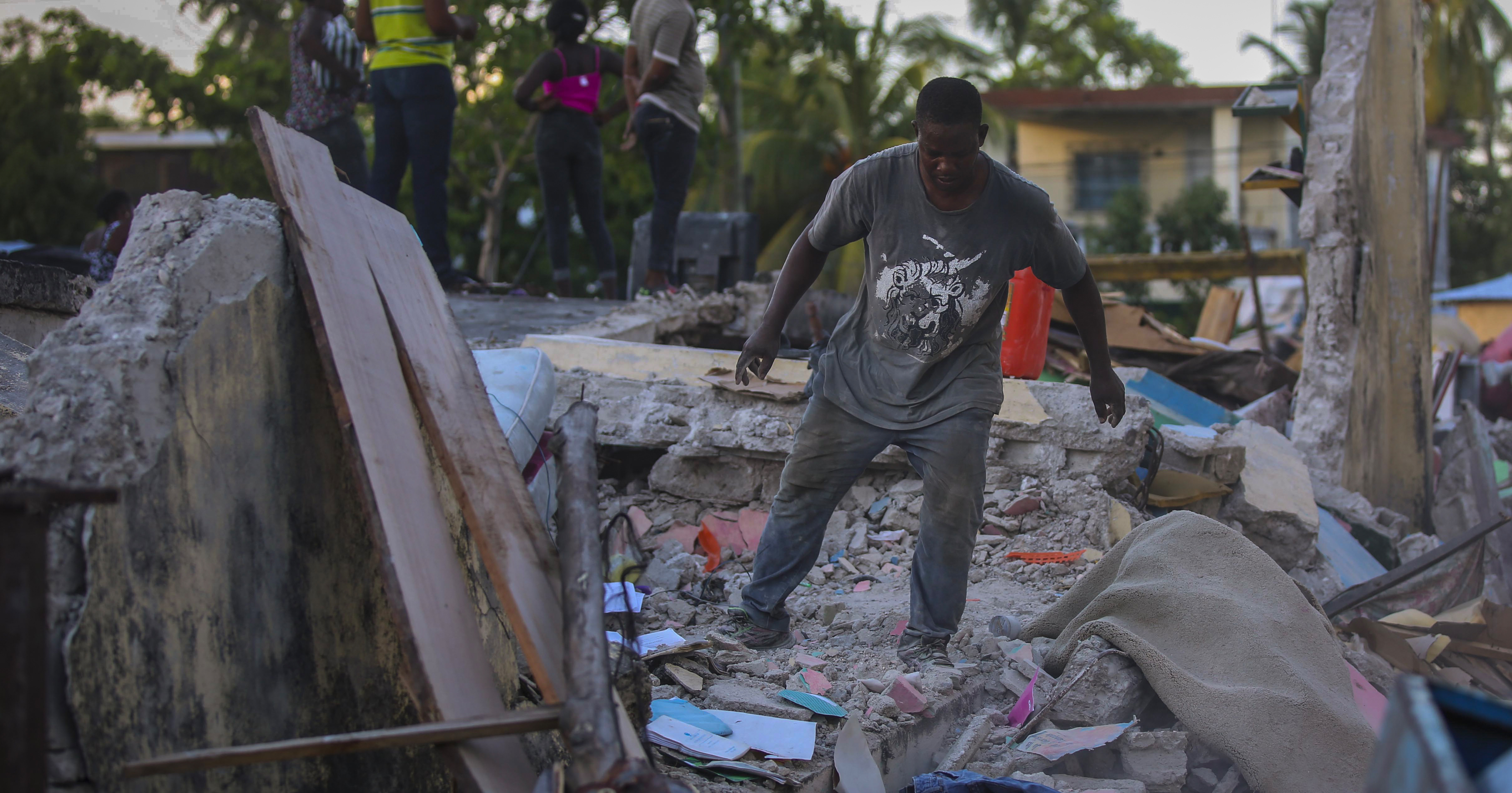